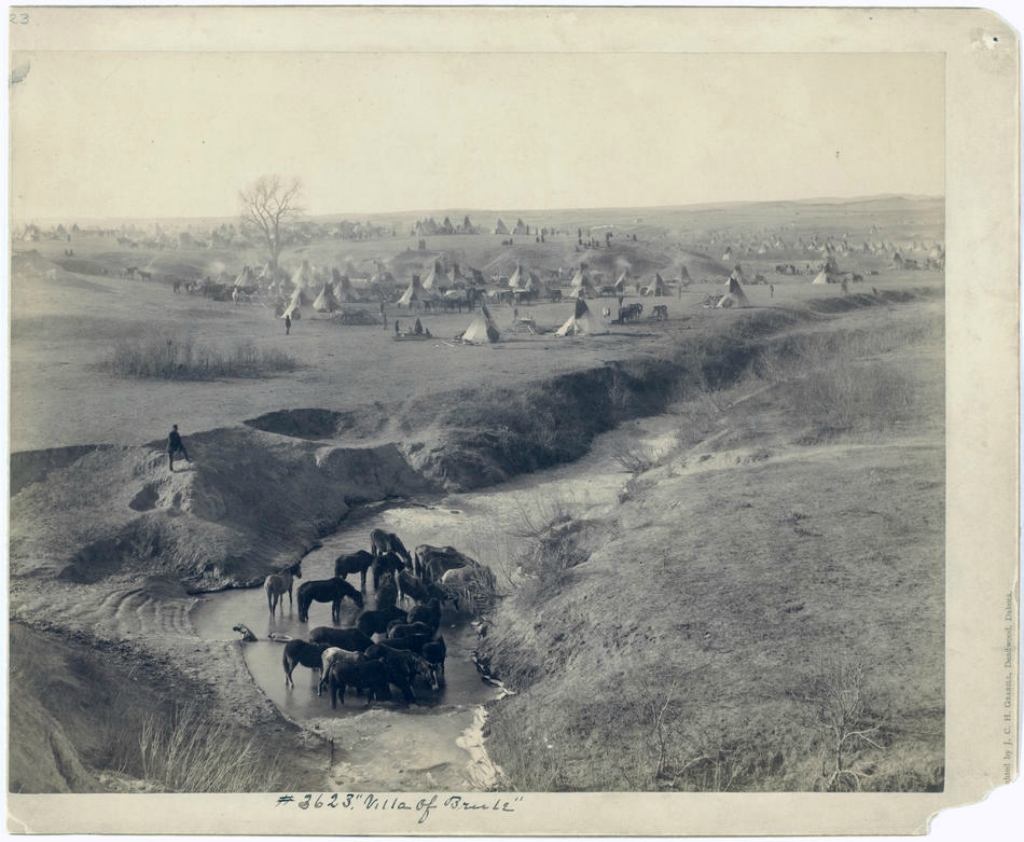 The main idea of the curricular unit that explores the Pick-Sloan Act, and the Homestake MIne is twofold for students: 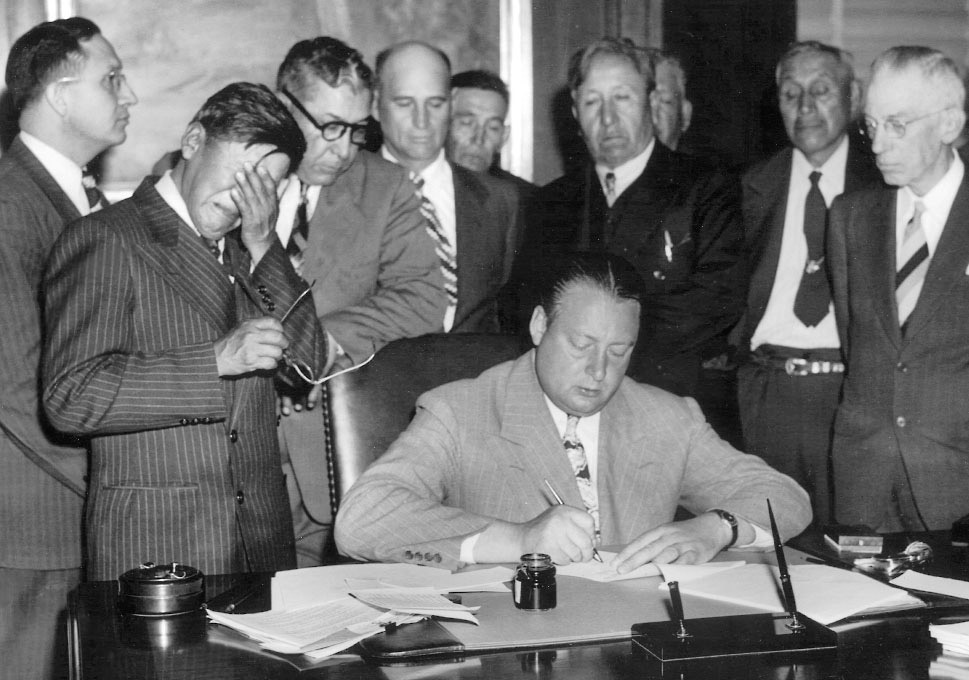 Chairman Gillette Weeps. George Gillette, Sahnish Chairman, and the Business Council witnessing the sale of 155,000 acres of land for the Garrison Dam and Reservoir. (Courtesy of the Associated Press, May 20, 1948, #1393) 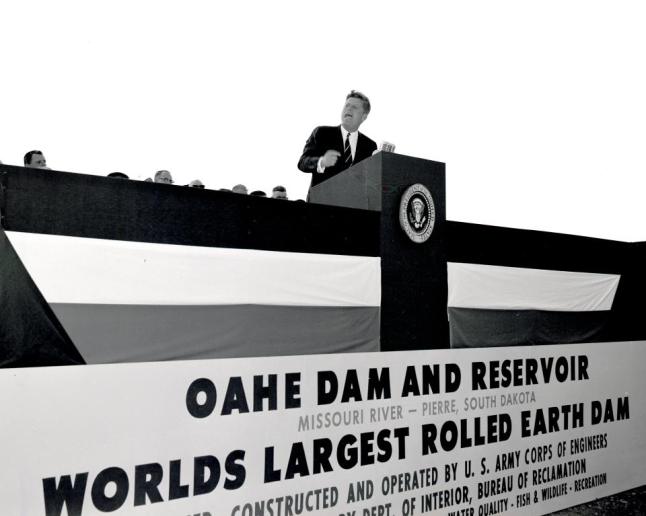 The Pick-Sloan Act of 1944 authorized the flooding of traditional sites of ecological importance to seven of the nine different tribal reservations in SD, when it built five dams on the Missouri river, inundating the lands of the Oceti Sakowin forever.  It is impossible to place a value on the ecosystems that were lost; the vegetation that was destroyed included herbs, roots, berries, currants, plums, cherries, and beans from the basins that are critical sources of nutrition and medicine.

The Oahe Dam destroyed more Indian land that any other single public works project in the United States. The Standing Rock and Cheyenne River Sioux lost a total of 160, 889 acres to this project, including their most valuable rangeland, most of their gardens and cultivated farm tracts, and nearly all of their timber, wild fruit, and wildlife resources. The inundation of more than 105, 000 acres of choice grazing land affected 75 percent of the ranchers on the Cheyenne River reservation and 60 percent of those at Standing Rock. Ninety percent of timbered areas on both reservations were destroyed. (Damned Indians Revisited, Lawson, 2009. p. 47.)

This lecture by Victoria Sprague, Assistant Director of the Center for American Indian Studies at Black Hills State University, was given to students at Lead Deadwood High School in January 2015 to students of a South Dakota History class. Science students also attended. 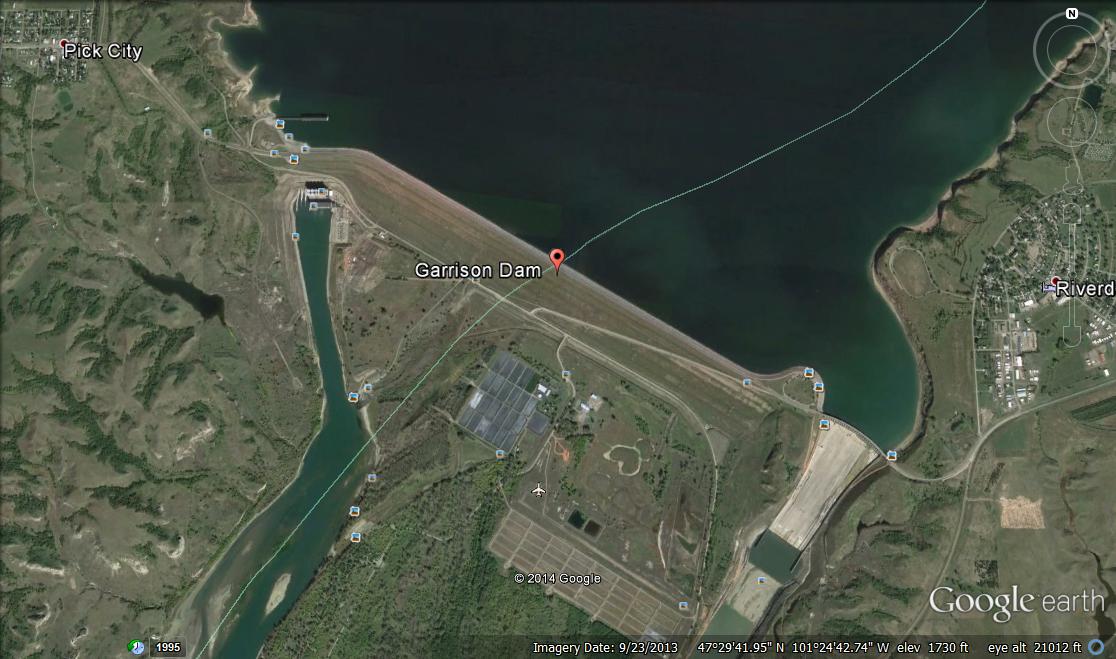 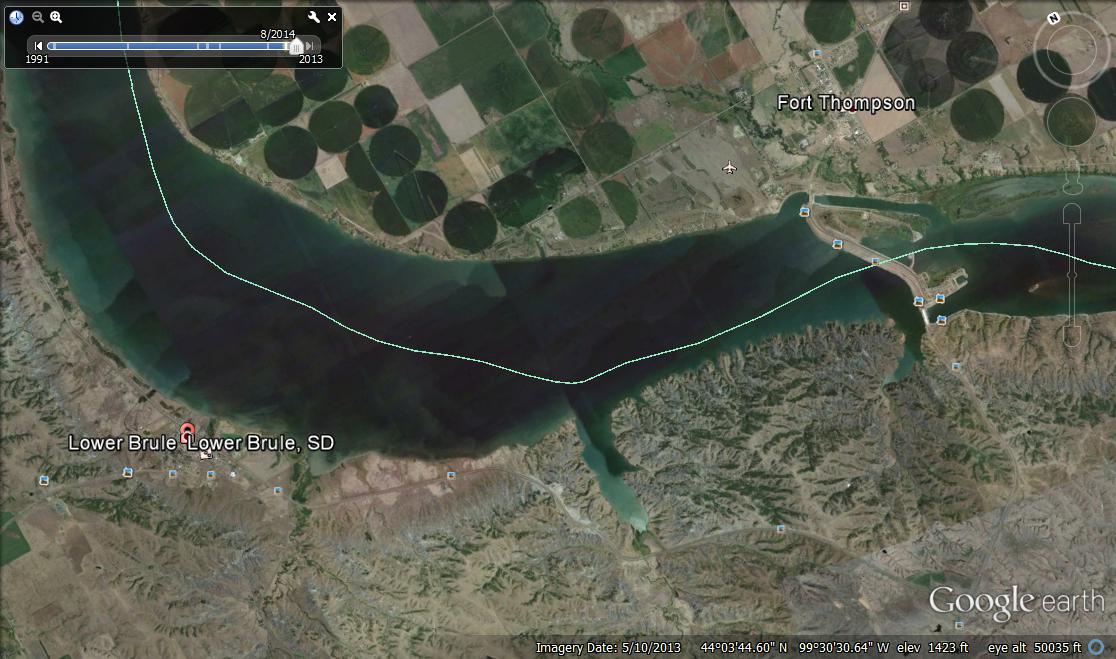 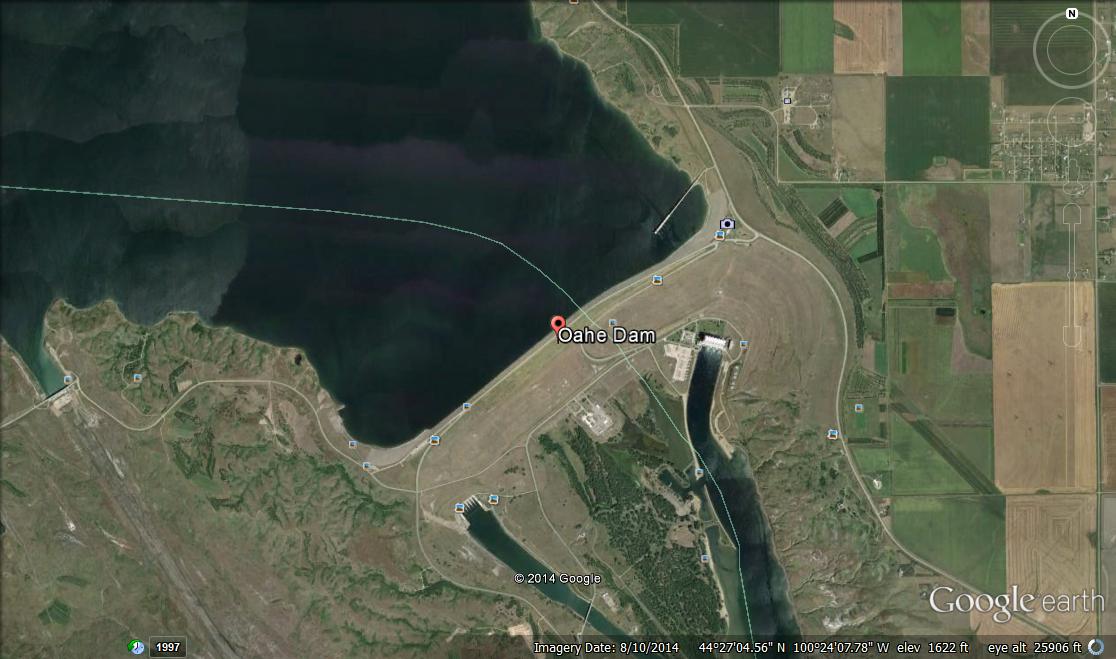 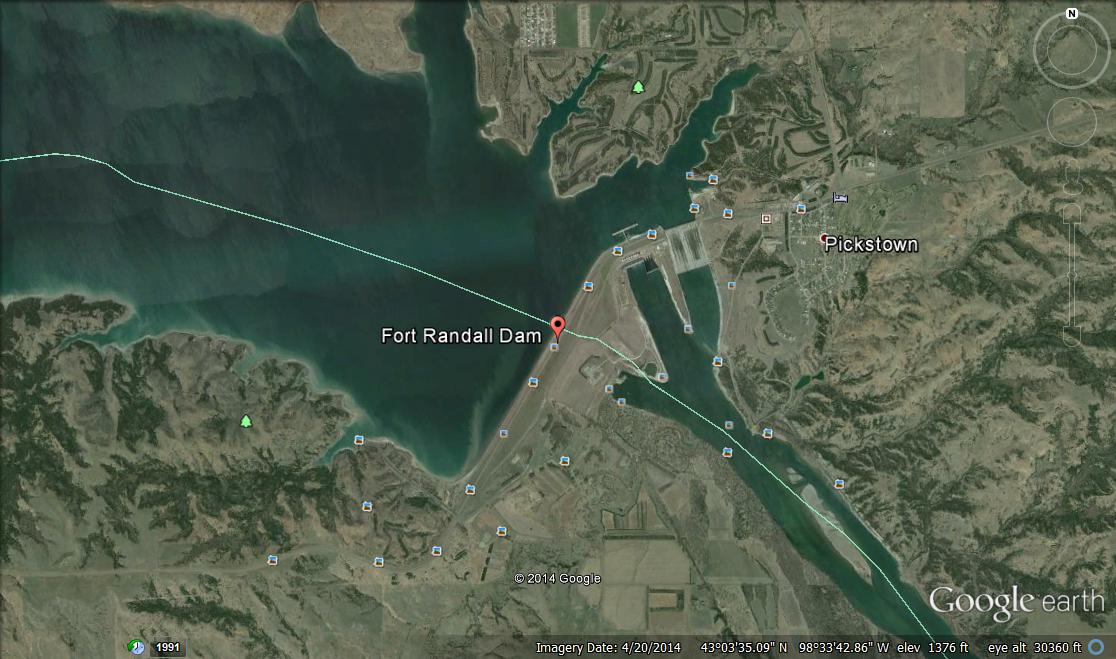 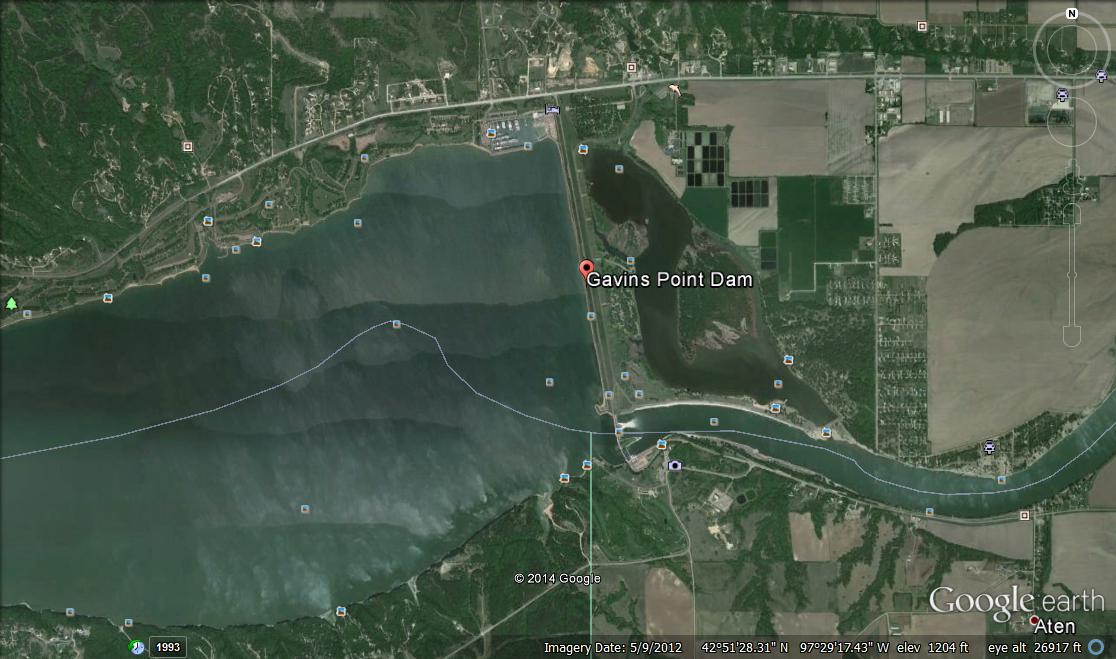 Indicator two: Analyze the impact of Imperialism and Manifest Destiny and its impact on the culture of the Oceti Sakowin.

ESSENTIAL UNDERSTANDING 6: Federal policies and treaties put into place throughout American history have affected Oceti Sakowin people adversely. Tribes as sovereign nations have the authority to enter into government to government relationships. Currently, the relationships with the States are not the same for each tribe.

Indicator two: Analyze how land stewardship began to change through the process of treaty-making to land ownership.

The Impact of the Homestake Mine

For 100 years from 1877 to 1977, Homestake discharged at least 100 million tons of mill tailings. Approximately 2,700 tons of contaminated sediments from Homestake were deposited daily into Whitewood Creek from about 1900 to 1978 (chemical amalgamation with mercury began after gravity amalgamation). From 1920 to 1977, about 270,000 tons of arsenic (arsenopyrite in the country rock) was discharged into Whitewood Creek. Beginning in the early 1900’s, cyanide was used for gold extraction. Whitewood Creek transported contaminated sediments into the Belle Fourche, which empties into the Missouri. In late 1970, because of an EPA mandate, a sewage treatment facility was built near Deadwood, and in August 1975 the South Dakota DENR directed Homestake Mining Company to solve its mill tailings problem. Homestake discontinued the use of mercury in the amalgamation process in 1970, and sediment discharge was discontinued not long after. The changes were noticeable almost immediately.

Remediation strategies were developed by several agencies, including Homestake, who developed a strain of bacteria that could metabolize high levels of cyanide, removing it from the discharge. The new water treatment plant in Deadwood began removing sewage contaminants and other chemicals from the creek in 1979. In 1980 invertebrate life began to reappear. In 1984 finishing touches on the project were completed, and by 1985 fish were found in the stream. And for the first time in over 180 years it was considered safe for children to play in the stream.

Although effluent had been discontinued, the EPA designated it as a Superfund Site in the early 1990’s when heavy metals were again detected in an area of the creek; clean-up was conducted, and it was deleted from the Superfund in 1999. On September 17, 2012, the EPA signed the third five-year review for the Whitewood Creek Superfund Site in Lawrence, Mead and Butte counties, South Dakota. The findings of the third five-year review indicate that the site is protective of human health and the environment. Long-term protectiveness will be achieved after the disposal area is revegetated and the properties with geofabric layer breaches are remediated.

Early settlers saw nothing wrong with disposing of sewage and other waste into natural rivers and streams; mining and other industrial refuse was also deposited into the ecosystem. Thus, massive doses of raw sewage and cyanide-laden mine effluents have entered Whitewood Creek for decades. In late 1970, because of an EPA mandate, a sewage treatment facility was built near Deadwood, and in August 1975 the South Dakota Department of Environmental Protection directed Homestake Mining Company to solve its mill tailings problem. Soon after, Homestake completed the multi-million dollar impoundment facility at Grizzly Gulch. Although the presence of certain animal and plant life along Whitewood Creek indicates progress in the stream’s recovery, some problems remain concerning possible long term effects from cyanide and heavy metals. http://www.fs.fed.us/rmrs/docs/pubs/forest-grasslands-archive/cyanide_bh_stream.pdf

The Federal Government declared Whitewood Creek a Superfund site and placed it on the National Priority List (NPL) in 1983. Arsenic has been found in large amounts in the Belle Fourche and the lower Cheyenne Rivers originating from the Homestake; levels of mercury recently have been measured recently at 3000 ppb, (there should be none; there are no natural sources of mercury in SD).