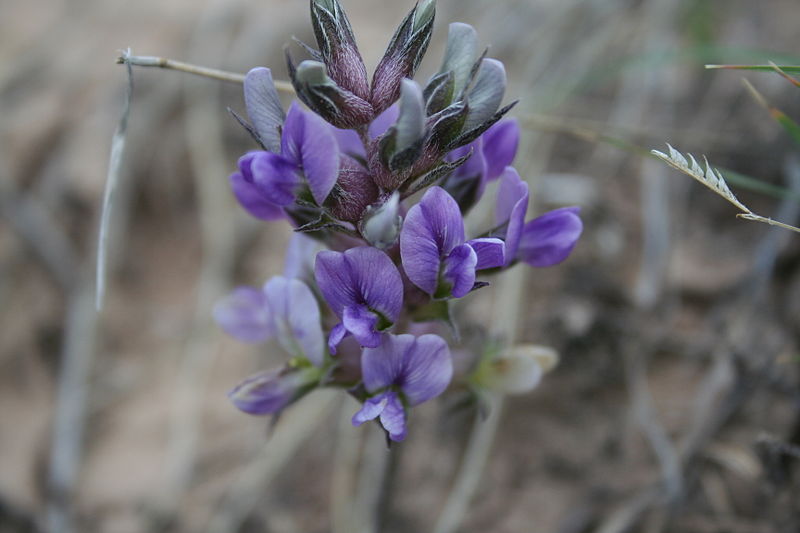 Timpsila was probably the most important wild food gathered by the Lakota. In 1805 a Lewis and Clark expedition observed Plains Indians collecting, peeling, and frying prairie turnips. The Lakota women told their children, who helped gather wild foods, that prairie turnips point to each other. When the children noted which way the branches were pointing, they were sent in that direction to find the next plant. This saved the mothers from searching for plants, kept the children happily busy, and made a game of their work. Prairie turnips were so important, they influenced selection of hunting grounds. Women were the gatherers of prairie turnips and their work was considered of great importance to the tribe. IN 1804, Lewis and Clark called it the “white apple” and their French boatmen called it pomme blanche. In 1837, while crossing the James River basin, Captain John Fremont refers to it as pommes des terres, or the ground apple. 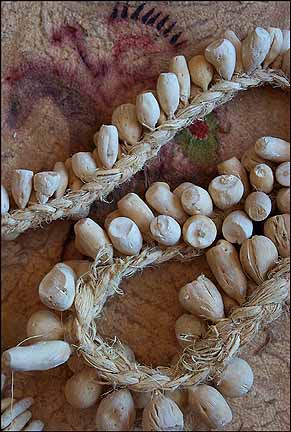 Timpsila produces a spindle-shaped tuber about four inches below the ground. This tuber, although nutritionally similar to a potato, differs in taste and texture due to different types of sugars and starches. The white edible portion is exposed by removing a coarse brown husk. If the thin portion of the root is left attached, the tubers can be woven together into an arm-length bundle for easy drying and transport. When air dried, the tubers can be stored indefinitely.

Timpsila has been a source of food and commerce on the Great Plains for centuries. The tuber can be eaten raw, cut into chunks and boiled in stews, or ground into a fine flour. The flour can then be used to thicken soups, or made into a porridge flavored with wild berries. Mixed with berries, water and some tallow, the flour can be made into cakes, which when dried, make a durable and nutritious trail food.

Historically, timpsila occurred in prairies throughout the Great Plains from Saskatchewan to north Texas. In the Dakotas it is still relatively common in prairie tracts that have not been plowed or grazed too heavily. It flowers in May and June and ripens in June and July. It’s important to know when the plant ripens because, if collected too early, the roots are limp and depleted from initiating spring growth; look too late, and the above-ground plant will be gone because it breaks loose at ground level and blows across the prairie like a tumbleweed spreading its seeds. It is no accident that, in Lakota, the month of June is called Timpsila itkahca wi, meaning the moon when timpsula is ripe.

Think of it as food for the now extinct Plains grizzly, who, according to William Clark, dug it with a passion. The wandering Lakota traded it to the Arikara for corn.

There are actually three types of timpsila plant; the primary type is the bread root or scurf pea. These would be gathered in June after the plants flowered, braided and hung to dry. After drying the timpsila would be ground to a powder for future use.

The Mato timpsila was also used, similar to regular timpsila. This is the tall scurf pea and the roots of this plant resemble fingers. The Cheyenne timpsila was also used; this is called the desert biscuit root. Traditional bread was made from Timpsila cakes and dried marrow stuffed in intestines. 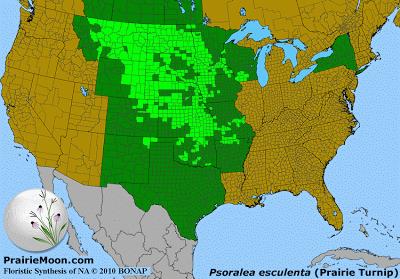 Timpsila grows mainly in the plains of North America. 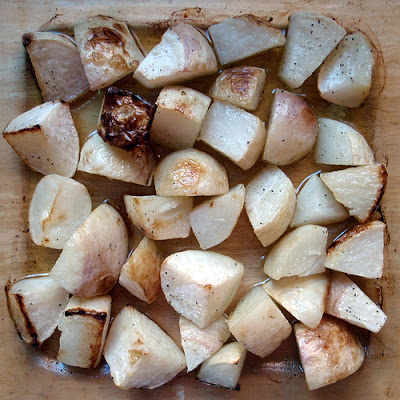 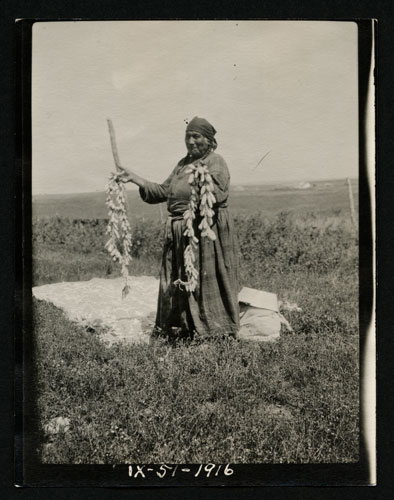 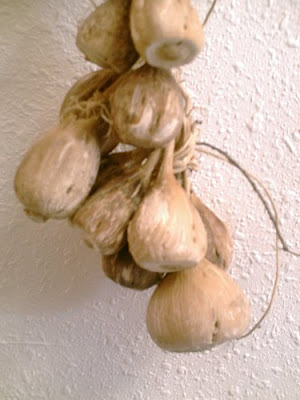 Usually the turnips are gathered, cleaned and then braided to dry. To re-hydrate them they place them in water.