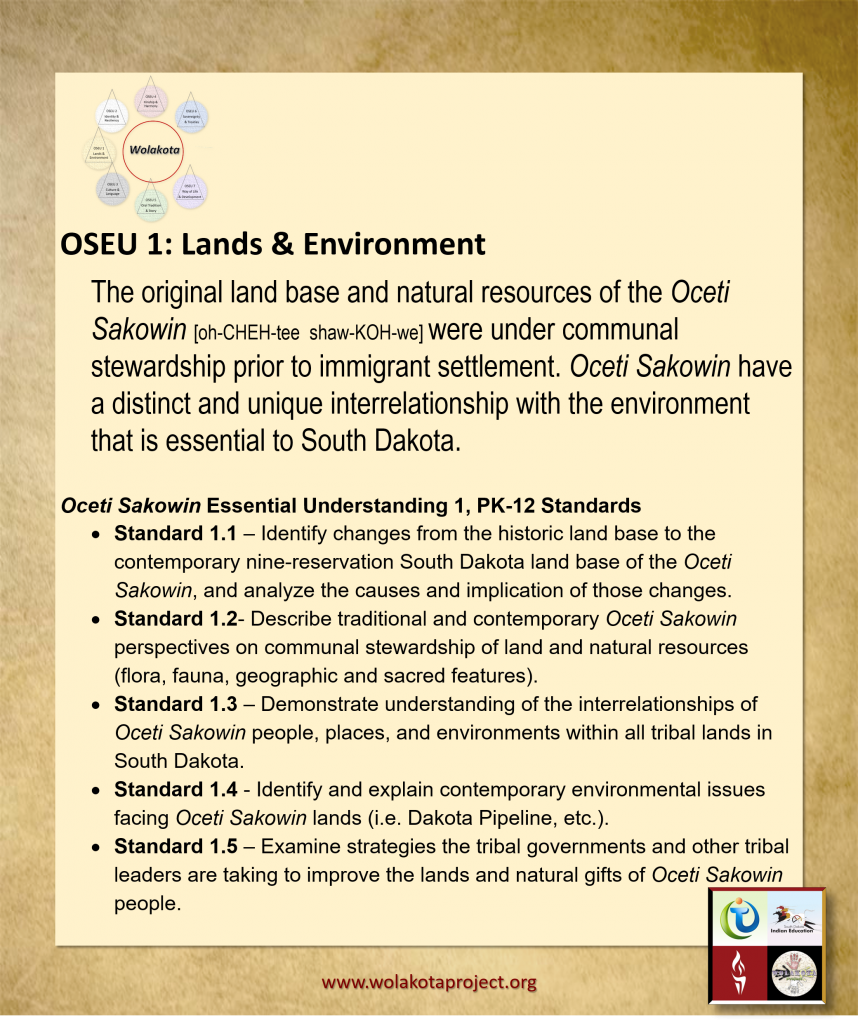 Connections to Land and People with Lowell Amiotte

“The Law of Nature” with David Bald Eagle

Stewardship and the Land with Stephanie Charging Eagle

Emerging and Evolving as Relatives with Jace DeCory

How Does the Land Work for Us? with Victor Douville NEW!

The Land as Grandmother with Gladys Hawk

Land As Free As Air with Joseph Marshall III

Connected to the Land with Whitney Rencountre

Origins and Rites of Passage with Faith Spotted Eagle

The Story of Tobacco with Jesse Taken Alive

The Story of the Little Plant with Paul White Dress

Native inhabitants of America did not have a concept of individual land ownership. This was an intrinsically foreign concept to the customs and beliefs of Oceti Sakowin. Oceti Sakowin land was enjoyed and used in common by all members of the tribe for survival and sustenance. Communal tenure was a principle and norm of each tribe who established boundaries in the territories on which they lived. They defended these boundaries from encroachment by other tribes and later by foreigners. Every member of the tribe born into the group had a lifelong right to live on that land and became a custodian to preserve and protect the land for the future generations.

Oceti Sakowin were nomadic and moved from area to area in their territory when needs arose. Europeans brought with them laws governing private land ownership that conflicted with traditional tribal customs and communal land tenure. Land loss and the creation of reservations for Oceti Sakowin could be traced to the aftermath of European immigrant contact.

Immigrants continued to push west into Oceti Sakowin home lands resulting in wars and major battles. Treaties were signed, by tribes and the U.S. government, and subsequently broken mostly because of land issues. A government to government relationship was established to protect the rights and resources under tribal stewardship and is still supported by the United States Constitution.

Oceti Sakowin tribal groups’ broad philosophical and holistic view on communal land enterprise and philanthropy continues. Sharing and giving for the benefit of all, are concepts that are deeply rooted in the culture of Oceti Sakowin. In the midst of great adversities, the resiliency of the Oceti Sakowin indicates a proud people, still living, and striving by their centuries old modes and manners through generations, keeps them the great people they are today. Communal practices, processes and land holdings are still an all-encompassing traditional culture of the Oceti Sakowin. (L. Whirlwind Soldier 2012)